Home › Health › The Top Providers in the Health Insurance Market

Four top providers in the health insurance market made it onto the Fortune 100 in 2012. Three of these companies managed to achieve double-digit profits in 2011. This is despite an ongoing recession and uncertainty about the Patient Protection and Affordable Care Act (PPACA).

These two events have forced an entire industry to rethink health insurance products, business models and market share since 2010. These three leading companies have figured out how to perform a balancing act between growth and profitability. 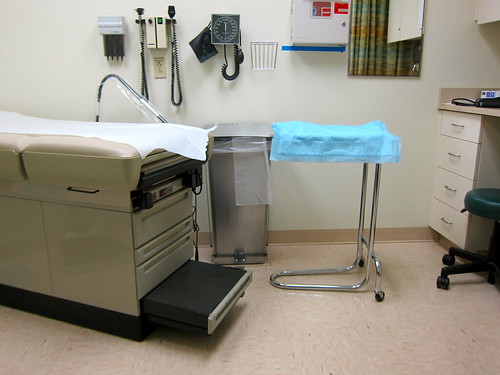 Established in 1977, this insurance giant is the largest single provider of health insurance in the U.S.  The company ranked 22 on the Fortune 100. It closed out 2012 with revenue of $110.6 billion while providing medical benefits to 41 million people.

UnitedHealthcare’s insurance offerings include benefits to a full range of customers: students, individuals, seniors, businesses and governments. The company won a TRICARE contract in 2012 to provide benefits to active and retired military personnel and their families.

The first to provide a network-based plan for seniors in 1979, UnitedHealthcare’s senior insurance offerings include Medigap, Medicare Advantage and Medicare Part D plans. Medicare and retirement revenue for the company grew by $4.3 billion in 2012.

They also increased their international reach in 2012. In the fourth quarter, the company purchased the majority of shares in Amil Participacoes, S.A., Brazil’s largest heath care company. This acquisition increased their membership by 4.4 million members.

Established in 1961, first as a nursing home company and then as a hospital corporation, Humana ranked 79 on the Fortune 100 in 2012. The company reported revenues of $36.8 billion in their 2011 annual report.

Health insurance has been the company’s core business since 1993. Their focus remains on the commercial, Medicare and military segments of the market.

In 2011, the U.S. General Accountability Office listed Humana as the 20th largest contractor for the U.S. government in terms of dollars obligated. This amount totaled $3.4 billion.

Humana’s largest business line is their Medicare Advantage program. They acquired two companies in 2012, Metropolitan Health Networks, Inc. and MD Care, to expand their market share. With the addition, membership grew to 1,911,800 at the end of the 2012 third quarter.

Aetna’s insurance portfolio includes health care, dental, pharmacy, group life, and disability insurance. There were 18.187 million members enrolled in their medical plans at the end of the third quarter of 2012.

On August 20, 2012, Aetna announced an agreement to purchase Coventry Health Care, Inc. in a transaction valued at $7.3 billion. Coventry ranked 219 on the Fortune 500. The sale will provide Aetna with almost 4 million new medical members and 1.5 million Medicare Part D members. It will also increase their government contracts by approximately 7 percent.

Every company talks about cost containment and embracing efficiency during economic downturns and periods of uncertainty. Forward-thinking companies do much more than that. They implement growth and expand their markets even in tough times. These essential strategies are what have kept these three health insurance providers on top.

John Christoph is a freelance writer who focuses on health insurance, the healthcare industry, medical science & nutritional science, the insurance industry and other related subjects. Those looking to obtain health insurance should always consult a reputable insurance quotes comparison service for the best possible rate.