Introduction to Anxiety and Depression

Anxiety and depression do not always occur together, but in the fast-paced, frenetic lifestyles of today, we are seeing them coexisting more and more often—almost, in a sense, like two sides of the same coin. Usually, one becomes a fuel for the other, which results in a viciously perpetuating condition for the sufferer. This is not the case for all, of course, but it does seem to be common where the two are present. Whether they exist together or separately, however, what is clear is that the body typically suffers along with the mind in such situations. A deterioration in mental and psychological health has long been observed to be connected to a like deterioration in physical wellness, and those who still subscribe to the outdated opinion of anxiety and depression being “minor” problems and not true illnesses would do well to reconsider their stance on the matter.

In most cases of anxiety and depression, medication has been largely conventional—which is to say that most doctors are likely to prescribe medicaments such as manufactured anxiolytics and antidepressants. While these have been shown to be effective in some cases, many complaints and concerns have arisen regarding their safety. This is especially so in cases where medication has, for some reason, resulted to adverse effects, even countering the precise result desired by the user. Some also report less-than-savoury side effects following consumption of various prescription medicines, which makes the users unwilling to take them again. To be sure, medications can only be part of the solution: lifestyle changes, dietary changes, and counselling are all often valid and constituent parts of the overall therapeutic strategy. But for those who find that the other parts of the therapy still do not work absent chemical aid, medication may be necessary.

To that end, alternative medications may be the answer. Alternative medications, specifically herbal substances, could well be valid substitutes for conventional pharmaceuticals, and many of them are even arguably safer to take than most anxiolytics and antidepressants found in chemist shops today. One especially intriguing herb, in fact, has been making the rounds in western anxiety and depression support communities lately as a replacement for anxiolytics and antidepressants: Kratom, a leaf sourced from Southeast Asia’s tropical rainforests. 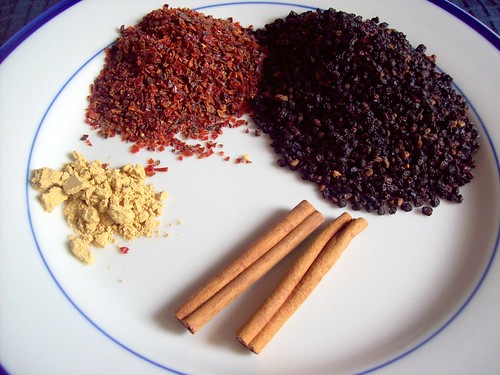 Kratom is actually better known to the medical community as an opiate substitute for opiate addicts, a “transition drug” used by opiate users to alleviate the worst of their withdrawal symptoms when they are trying to quite their opiate habits. Since Kratom is less addictive as well as milder in withdrawal, it is an ideal herb for this purpose and has helped many former addicts wean themselves from opiates like morphine.

Kratom can therefore be expected to present much the same effects as an opiate, in a sense. It is sedative as well as euphoric and can even be stimulating in that many report experiences of energy improvement after using it. Stimulation may also appear not necessarily as a physical re-energising but also as a marked heightening of the senses, which explains why many Kratom users report an increased appreciation for art forms like music when using the leaf.

Of more interest to the discussion, however, is the fact that Kratom can cause euphoria and sedation or relaxation in the user simultaneously. This is achieved by its activities as an agonist for the µ receptors of the body, which, when triggered, cause a person to feel sedated, euphoric, and even less sensitive to physical pain. These are things many medicinal opiates can achieve too, it is true, but often with more side effects and less efficacy (in many cases, but not all) than Kratom.

Controversy and Conclusion Over The Plant

Kratom is, therefore, being proposed by many herbalists as a possible solution for people with anxiety and/or depression who also refuse to or cannot take standard prescription items. A lack of grave and verifiable side effects (the most remarkable of which would be constipation, which can be remedied by the addition of salt or stool softeners to one’s dosage), and of cases of hospital-worthy overdose or respiratory depression make it an interesting herb for such people. All the confirmed cases of Kratom being involved in a hospital case or casualty actually feature only so-called Kratom extracts (which are not Kratom at all but synthetically manufactured alkaloids) or combination use of the herb with other, often-illicit drugs, which is strongly discouraged by all herbalists recommending the plant. Under safe use guidelines and using true Kratom leaf of good, wholesome quality, no significant unpleasant reactions have been noted.

Unfortunately, there is at present a lack of research on the herb, so a more definite pronouncement on its potential as an anxiolytic and antidepressant shall have to wait—at least where the scientific community is concerned. Many people are not waiting out the verdict, however, and have already begun testing Kratom to see if it can help them. In fact, positive results abound, with very few reporting that the substance has failed to help them. This may hint at the herb’s potential here, which we hope to discover with more surety as research is undertaken on it. Fortunately, there is already a great deal of experience-based knowledge already circulating amongst users and would-be users. For instance, the popular Maeng Da variant of Kratom is widely acknowledged to be the strongest, and often recommended for those who require a powerful “pick me up”.  This sort of information is often circulated in Kratom communities and can provide guidelines to usage. Caution is still advised, though, as is consultation of one’s physician and a professional herbalist.

Tarah McGregor is a marketing communications expert for an online site that deals with herbal plants such as Maeng da, one of the many variants of the herbal plant Kratom. Her interests consist of PR, food, health and fitness. She is now getting into health blogging as an inspirational result of  her current work.