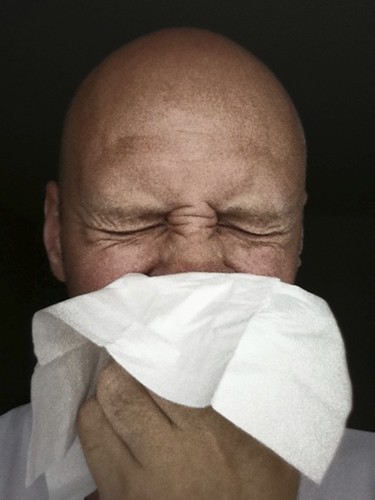 The common cold is one of those dreaded, inevitable illnesses for most people. Odds are, sometime during the year, a person will get sick with the common cold, and it will ruin their lives for anywhere from a couple days to a couple weeks (depending on complications, etc.) There seems to be no way around it. Most people assume that there is no actual, guaranteed cure for the common cold- and, for the most part, they are correct. The common treatment for the common cold if to just ride it out until it goes away. This includes doping yourself up with cough suppressants, nasal decongestants and fever reducers, drinking lots of water, eating lots of soup and generally just sleeping as much as possible- if only to not have to be awake while being sick at the same time. Indeed, life pretty much sucks while sick with the common cold. But, even though there is no real, absolute cure for the common cold, there are a ton of things you can do to help your body fight against the common cold and defeat it more quickly than it would otherwise.

Tip #1 for beating the common cold: Get steamy

Inhaling steam is a great way to relieve the symptoms of the common cold. Through inhaling steam, your lungs become more relaxed and it eases the pain that may come with coughing. The steam will also loosen up any mucus in your lungs, and thus make it easier to breathe and to be less congested overall. Plus, you won’t have to be hacking up snot all the time. You can do this by boiling water, placing it in a bowl, and then putting your face over the hot water and breathing it in, going into the bathroom and turning the shower on full blast, so the room fills with steam, or by buying a humidifier. You can also add a few drops of menthol to the water, which will make it very soothing to the lungs.

A nice salt water rinse will do wonders when it comes to beating the common cold, or at least making it much more tolerable than it was before. You can either buy a saline nasal spray from the store, or you can make your own by mixing lukewarm water with a small amount of salt (around a teaspoon is usually more than enough.)

The best way to fight the common cold is to not overexert yourself, as this will just prolong the illness. So, instead, just sleep as much as possible and stay as warm as you can stand. The combo of sleep and warmth is something that makes the cold go away.

Staying away from alcohol is a must when sick with the common cold.

J.R. is a freelance writer for many health websites, including healthtestingcenters.com