With privilege comes responsibility. Or, at least, that is the ideal. The more privileges a child earns, the more responsibility he should carry. In the early 1900s, children had very little leisure time, spending most of their time working in the family business and getting an education. It was not uncommon for a 12-year-old to have a full-time job. 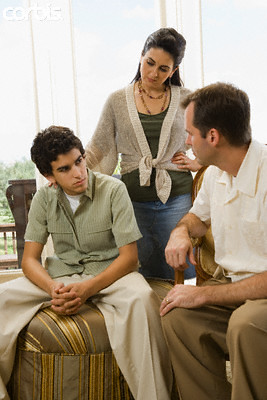 In the 21st century, children have an inordinate amount of leisure time. Unfortunately, idle hands tend to be the devil’s playthings. Children are experimenting at earlier ages with mind-altering substances such as cigarettes, alcohol and drugs. According to the National Institute on Drug Abuse, in 1975, a group called Monitoring the Future began surveying 12th-grade students about drug use; in 1991, they realized that to effectively “monitor the future,” they would have to begin surveying children as young as 13. In a 2010 news report on newschannel10.com, the Amarillo Council on Drug and Alcohol Abuse says they are seeing meth use in children as young as six years old.

Why The Downward Spiral?

The trend of drug use at younger ages could be due in part to the availability of drugs like marijuana, which is legal for medicinal purposes in many states, as well as the proliferation of methamphetamine and prescription medications. Many children see their parents or older siblings or peers using drugs and want to feel “a part of the family.” Others use alcohol, marijuana or other substances to “check out” to relieve feelings of loneliness, rejection or abandonment. Having two working parents can leave kids with less supervision, leaving them vulnerable to bad choices.

Is My Kid on Drugs?

Symptoms of drug abuse are not always evident in adolescents. Many of them mimic the physical and psychological changes most teens experience: mood swings, fatigue, depression, sleep problems and secretiveness. However, the following warning signs can indicate drug or alcohol use:

While prevention is the best way to keep a child off drugs, you can help if you discover your child using. Freaking out in anger and violence will rarely keep a child from returning to drugs. Open lines of approachable communication, counseling and boundaries are often effective in getting teens to kick the habit. Educate your children on the dangers and consequences of drugs, alcohol and tobacco. Keep prescription medications and alcohol out of reach of children. Being there to watch over them is often the biggest deterrent.

If your child has a drug or alcohol addiction, talk to your doctor or find a counselor who specializes in adolescent issues – there are also drug treatment programs that can really go a long way. This is definitely something you don’t have to walk the road alone on.