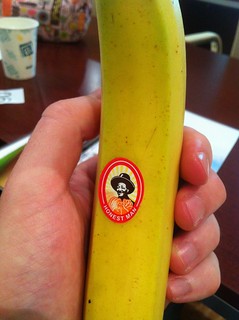 Are you secretly suffering from sexual dysfunction? If you are, you’re certainly not alone: millions of men deal with one sexual issue or another, but they often suffer in silence. The social stigma surrounding sexual dysfunction can be paralyzing, leading men to avoid obtaining the diagnoses that they need.

Sometimes, sexual problems are specifically related to common diseases or conditions, like prostate cancer or low testosterone. Once in a while, however, a sexual issue may be difficult for a man (and his partner) to deal with. A prime example of this is described in Jeff Winkler’s recent article featured at The Awl. In this engaging story, Winkler provides a personal anecdote about an unfortunate situation that arose while he was of having sex. Winkler realized that he was in pain, and then was shocked to find that his penis had taken on “the shape, size and color of a baby eggplant.”

After dealing with a series of medical professionals described as rather “blasé” about his condition, Winkler finally found out that his “eggplant” was actually the result of Peyronie’s Disease, a buildup of scar tissue on part of the penis. The excess scar tissue can cause quite a bit of pain, as well as abnormal curvature of the penis. It’s also related to erectile dysfunction.

Winkler ended up undergoing surgery and recovering within a few weeks. His quick recovery owes mostly to the fact that he was willing to set aside his embarrassment and seek medical help as quickly as he could. Unfortunately, many men with Peyronie’s aren’t able to work up this kind of courage. After suffering without treatment for a long period of time, some men are at risk of permanent sexual dysfunction, depression and a host of other problems. For men failing to seek treatment, the condition can worsen over time.

Part of Winkler’s willingness to go in for treatment stemmed from the support he received from his partner. This level of support was especially surprising, considering that the two had only known each other for 24 hours. Some men with sexual dysfunction are never able to find understanding partners willing to help them through their difficulties. Much of these relationship problems stem from the fact that both parties are too embarrassed to ever talk about sex. Without a mature conversation, it may be impossible to foster a mutual understanding surrounding the things that go on in the bedroom.

A man with Peyronie’s disease needs more than a trip to the doctor; he also needs physical and emotional support. But finding that support can be difficult. Sometimes, the Peyronie’s patient and his loved ones simply need a good resource for information and helpful advice. Such a resource can be found at menshealthpd.com, a site that provides a thorough description of the symptoms of Peyronie’s Disease, as well as an explanation of the diagnosis process and potential treatment programs. The website also makes a point of informing visitors that Peyronie’s isn’t cancerous and that it can’t be transmitted sexually. These two misconceptions have made it especially difficult for men diagnosed with Peyronie’s to escape social stigma.

About the author: Jon Dawson is an attorney and professional writer in Indianapolis. He is a regular contributor to a number of blogs on law, health, and technology.