It goes without saying that no two human beings are exactly like; even identical twins have their different personalities and abilities. Some people have well- developed talents that are lacking completely in others. Oftentimes, our talents become apparent even when we are children. (Check out teen pop star Debbie Gibson, who was featured on Celebrity Apprentice this past season. She wrote her first song at the age of five—it was called “Make Sure You Know Your Classroom”!) 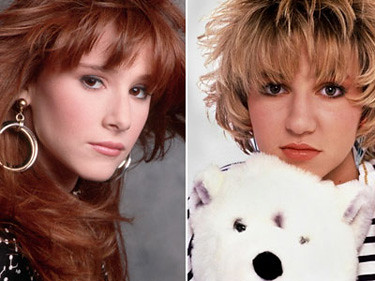 Teaching your children to love and support their differences and talents is a very important part of raising them. Here are some tips on how to accomplish that in different areas of life:

Encourage your children to take part in activities, in school and in the community. When I was under ten, for instance, I took part in my local drama workshop, the Harwich Junior Theater. The experience I had served me well when, some years afterward, I participated in my high school drama club, getting parts in all but one of their performances. I was in a few college plays, too.

There are many summer camps where children with common gifts can not only foster them, but learn from each other and enjoy taking part in them together. These include music and theater camps. One example from among them is Blue Star Music Camps in San Anselmo, California, for boys and girls in the thirteen to eighteen age range. Even general purpose ones may often hold talent shows—Wediko, where I attended when in my early teens, is such an example.

You want your children to love their special gifts. Therefore, it is imperative that they associate the developments thereof with good times, not with bad. If, for instance, you are giving them music lessons, you must not use them as a punishment. Likewise, if they are giving a performance for others, do not apologize for any errors that they make.

Ask your child how he thinks and feels about his talents and passions. Questions will give him a chance to express himself. Foster discipline and focus in him so that he can get better at what he does without being distracted too much in the process.

With some luck, too, you might find yourself the parent of a young actor, musician, or singer who is famous throughout the world, with his face appearing in newspapers and magazines everywhere, people buying his albums and coming to see his performances. Many people have ambivalent feelings about this; on the one hand, there is the pride that comes from having raised such a child. But it can also be hard when an underage child overshadows his parents in this way. Fame can also lead to pride and even arrogance as children—and adults, too— think of themselves as above the rules that govern “normal” human relationships and responsibilities. Do not allow this kind of thing to happen.

Teach Self Love and Self Acceptance

Above all, teach the child to love himself. All children, even the most gifted ones, need to have the love and attention of their parents if they are to develop into individuals who can function well. So when you give attention to your child, make sure that it is continuous and undivided. Fostering one’s talents depends on an ability and willingness to treat oneself with dignity. Most of all, try to keep any negatives to a minimum. Do not, for instance, let your child say, “I cannot do such- and- such a task;” rather, express it as something like, “As of now I have not yet developed the skills to do this particular task, but I am in the process of preparing myself to be able to do it.”

Tempering sibling rivalry is also crucial. Sometimes children are jealous of their siblings who have talents that they lack and who they feel are always getting all the attention, leaving none for them. Parents need to let their children know that they love all of them equally and that they also have talents of their own that could be developed. Besides, all that attention can actually be a burden on the other sibling, a source of pressure to perform better that is not being put on the not- so- talented member of the family. People are different, and the possession

Author Bio: Becky Harris writes for Upack moving containers for customers who needs to put things away for later!